Immigrating to Canada With a Criminal Record

When seeking to immigrate to Canada you need to ensure that you are not inadmissible for any reason. The list of issues that could make you inadmissible to Canada are as follows:

At this time we will only be focusing on the topic of criminal inadmissibility.

A conviction means that you were convicted of the offence and the offence will show up on your police clearance. When immigrating to Canada you will need to produce a police clearance from any country you have lived in for 6 months or longer since turning 18 years of age.

Committing an act means that you have committed an act and have been arrested and charged for the act, but not necessarily convicted yet. If you have a case or a charge pending against you, you could still be inadmissible and would need to await the outcome of the case to determine if you are admissible or inadmissible.

The most common offence, which most people do not think would have a bearing on their ability to immigrate to Canada, is driving under the influence or drugs or alcohol. However, that is the most common type of inadmissibility.

If you have been convicted, or have a charge against you for this type of offence you could be inadmissible depending on when the offence took place and when your sentence was completed or will be completed.

If you committed an offence and were convicted and sentenced and at least ten years of passed since the sentence was carried out you could be deemed rehabilitated to Canada depending on how serious the offence was.

If you committed an offence and were convicted and sentenced and at least five years have passed since the sentence was carried out you may be eligible to apply for rehabilitation depending on how serious the offence was.

If it has been at least ten years since the completion of your sentence you only need to be able to show this via paper work, you do not actually need to complete a rehabilitation application.

If you have more than one offence on your criminal record this would affect any rehabilitation applicable to you. Also, if you committed the criminal act in Canada this too would have an affect on your application.

If you do have a criminal record, if you have had it expunged (or the equivalent) you would no longer be inadmissible to Canada.

Determining criminal inadmissibility can be a complex process. If you require any assistance with your determination please contact us for assistance! Or you can complete a free eligibility assessment below! 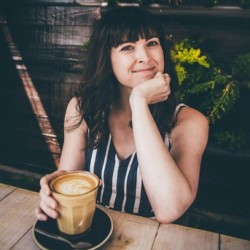 Immigrating to Canada With a Criminal Record

by Deanne Acres-Lans
•
September 22, 2015
Deanne Acres-Lans is 100% Canadian. She was born and raised in British Columbia, Canada and previously lived in South Africa for 8 years. Eventually, the call of Canada was too strong to ignore, and Deanne is now based in Ottawa, Canada’s capital city. Deanne has over twelve years of immigration experience, both working for the Canadian Government and in her own private practice.